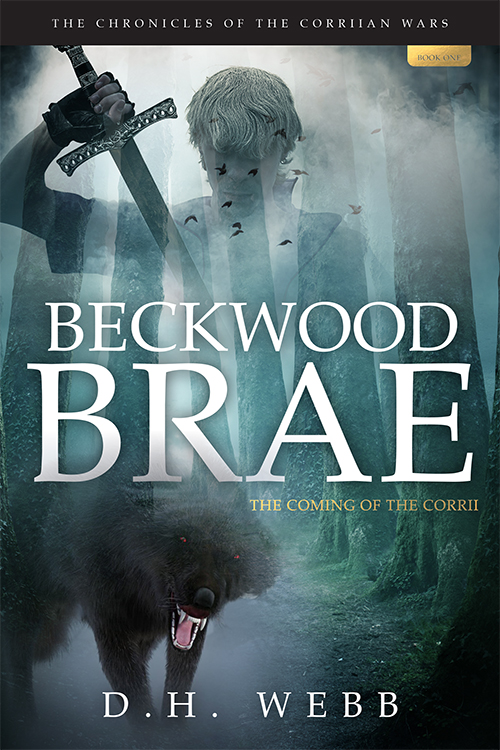 The Chronicles of the Corriian Wars: Beckwood Brae – Book One

BECKWOOD BRAE –  The Coming of the Corrii

Norri is a young man, alone in the world since he lost his father, who makes a poor living climbing the giant orkya trees in the forests near his home to gather the nuts that he roasts and sells in the local tavern at the end of the week.

There is rumour and growing fear that their old enemies may have found a way into their land. Norri and his friends are sent into the forest to look for signs of their enemies and the huge wolf-like grimulves that are reputed to accompany them.

They find more than they feared and become separated. Norri begins the great journey of his life, propelled by events and dangers. His friends Tom, Gordy and Brian are embroiled in the increasingly desperate war to save their country; for which the Corrii have been long preparing.

In a war where much is lost, some unexpected things are found.

About the author
David H. Webb lives in Sydney with his wife and their children. Originally he studied at the University of Sydney and Moore College. Later studies in counselling have been helpful in understanding people and
developing complex characters. He set out to write books that he would have read when he was in his teens – a fan of C.S. Lewis and J.R.R. Tolkien. His stories are fast moving, with growing sense of dread, with the characters having to make desperate choices. The author hopes that any young person will find the books exciting and hard to put down, but they will also reward anyone for a second reading and deeper thought.

Other Books by D.H. Webb